This December I spent some time traveling around Japan. Since I spent a ton of time searching around the internet for what to do, I figured I’d write my own post about what I enjoyed the most. 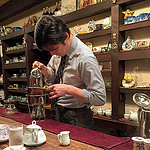 If you’re going to visit only one café in Tokyo, visit Chatei Hatou. It’s got an old school coffee house vibe that’s very different from what you might be used to in a western café (older interior, smoking allowed, entire wall of delicate China). They’re known for their Nel drip, but they seem to put the same care and effort into every drink. It’s also one of James Freeman’s favorite cafés. (Yelp / Tabelog) 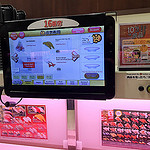 It’s budget sushi and it’s a chain, but I found this place to be pretty fun. The sushi is pretty good for the price and there’s the novelty of ordering everything via an Android tablet. If you go towards closing time they might be out of many things. (Yelp / Tabelog) 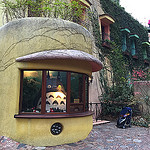 If you’re into Ghibli films, the Ghibli Museum is definitely worth visiting. It’s not huge, but has some great exhibits on animation and classic Ghibli films. A lot of the text is in Japanese, but it’s a very visual museum. They also play short Ghibli films that are exclusive to the museum. The only downside to this place is the bizarre ticket process for foreigners. We bought tickets through JTB USA, but you need to plan what day you’re visiting in advance which is kind of a pain. If you plan on visiting, buy tickets somewhat far in advance. It seems to sell out often. (Yelp) 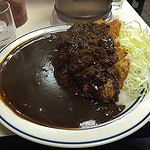 Japanese curry is one of my favorite meals so we made a point to find some great curry. This place was pretty high up on Tabelog. It’s a total hole in the wall (which is pretty fitting for Japanese curry). The curry was incredibly dark (somewhat different from what I’m used to in the Bay Area), but it was delicious. Definitely worth visiting if you’re into curry. It’s also in an interesting neighborhood full of dozens of book stores. (Yelp / Tabelog) 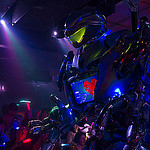 At this point I’m pretty sure everyone knows about Robot Restaurant. It’s tacky in the best way possible. I won’t say that much about this to prevent any spoilers. If you plan on going, look up discount tickets online or in your hotel. You can usually get a better price. Also, the food here is not good. (Yelp / Tabelog) 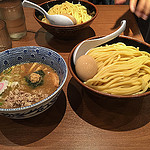 A few people recommended visiting Tokyo Ramen Street in Tokyo Station. It’s a little alley of vending machine ramen restaurants right in the station. Rokurinsha seemed to be the most popular so we gave it a shot. They’re known for tsukemen which was new to me. It’s slightly thicker noodles (think somewhere between traditional ramen noodles and udon) that are served cold and separate from the broth. It was very delicious (and somewhat refreshing compared to traditional ramen). The only bummer about this place is that I’ll probably never be able to find decent tsukemen in the Bay Area. (Yelp / Tabelog) 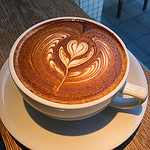 Streamer is very a much a western-style coffee shop, the menu and interior are very similar to what you would come across in the states (they even have a tip jar). They are however known for great latte art. If you’re looking for something different try the Military Latte, a matcha based latte with camouflage art. (Yelp / Tabelog) 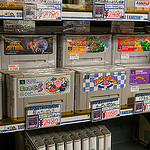 If you’re in Akihabara and into retro games this place is definitely worth the visit. They have nearly every game released in Japan from the Famicom up to more recent consoles like the the PS2. It’s a little crammed and hot inside, but the collection they have is amazing (particularly the more rare items that are locked up, things like original Game and Watch hardware). (Yelp) 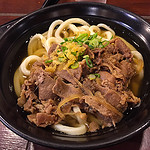 We found this place after a long jet lagged train ride from Narita to Shinjuku. It’s kind of like a weird fast food izakaya that specializes in Udon. Super awesome meal, definitely worth visiting if you’re in Shinjuku and want something quick and cheap. You can watch them make the Udon in the front, it’s pretty entertaining for a foreigner. (Yelp / Tabelog) 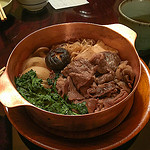 This restaurant was recommended all over the internet. It’s a Michelin star sukiyaki restaurant that’s known for very nice dinners, but they have a great lunch option that’s super cheap. Although the lunch option doesn’t have all the fanfare that their dinner is known for, it’s the same sukiyaki with a slightly lower quality cut of beef. It’s still delicious though, and a great deal. This was probably my favorite meal on the entire trip. (Yelp / Tabelog) 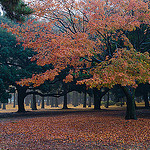 This is a great place to escape from the craziness of Tokyo for a bit. The entrance is in Harajuku. It’s a nice relaxing park to take a stroll around. You’ll see lots of locals walking pets or going for a jog. It’s also probably one of the very few places in the city with public benches. (Yelp)